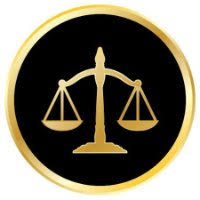 Michael Kennedy McIntyre & Associates is an Atlanta-based law firm specializing in postconviction representation including representation before the Georgia Board of Pardons and Paroles. The Georgia Parole Board considers offenders for parole when they become statutorily eligible and, for most offenders, that will be after the service of one-third of their sentence. During that parole consideration, the Parole Board will utilize their Parole Decision Guidelines to determine a recommendation of months or a percentage of the sentence that the offender should serve before being paroled. The Parole Decision Guidelines were implemented by the Parole Board in 1979 and have been revised a number of times over the years since. The purpose of the Parole Decision Guidelines is to assist the Parole Board with making consistent parole decisions based upon various factors in the offender’s case. The Parole Board may decide to accept or reject the Guidelines recommendation. Under Georgia Law, the Parole Board has the right to exercise its discretion to disagree with the Guidelines and make an independent decision to establish a Tentative Parole Month at any time prior to the end of a custodial sentence or deny parole for the entirety of the sentence.
Posted by Michael Kennedy McIntyre & Associates at 10:47 PM